An artistic exploration of how, with the help of scientific advances in nanotechnology and artificial intelligence, a new generation of nano-clusters are replacing critical natural resources becoming rare on planet Earth. Imagine one millimeter … now, divide it by one million. That is one nanometer, an incredibly small-scale unit where Sci-fi Miners’ narrative happens, a journey beginning at the millimeter scale (1mm), ending at the size of one nanometer (1nm), employing virtual reality technologies.

Work designed by João Martinho Moura with the support of the STARTS Residencies as part of the STARTS program of the European Commission, based on the technological elements of the CritCat Project (INL)

Pictures of the performance at Le Centquatre, Paris, 2020: 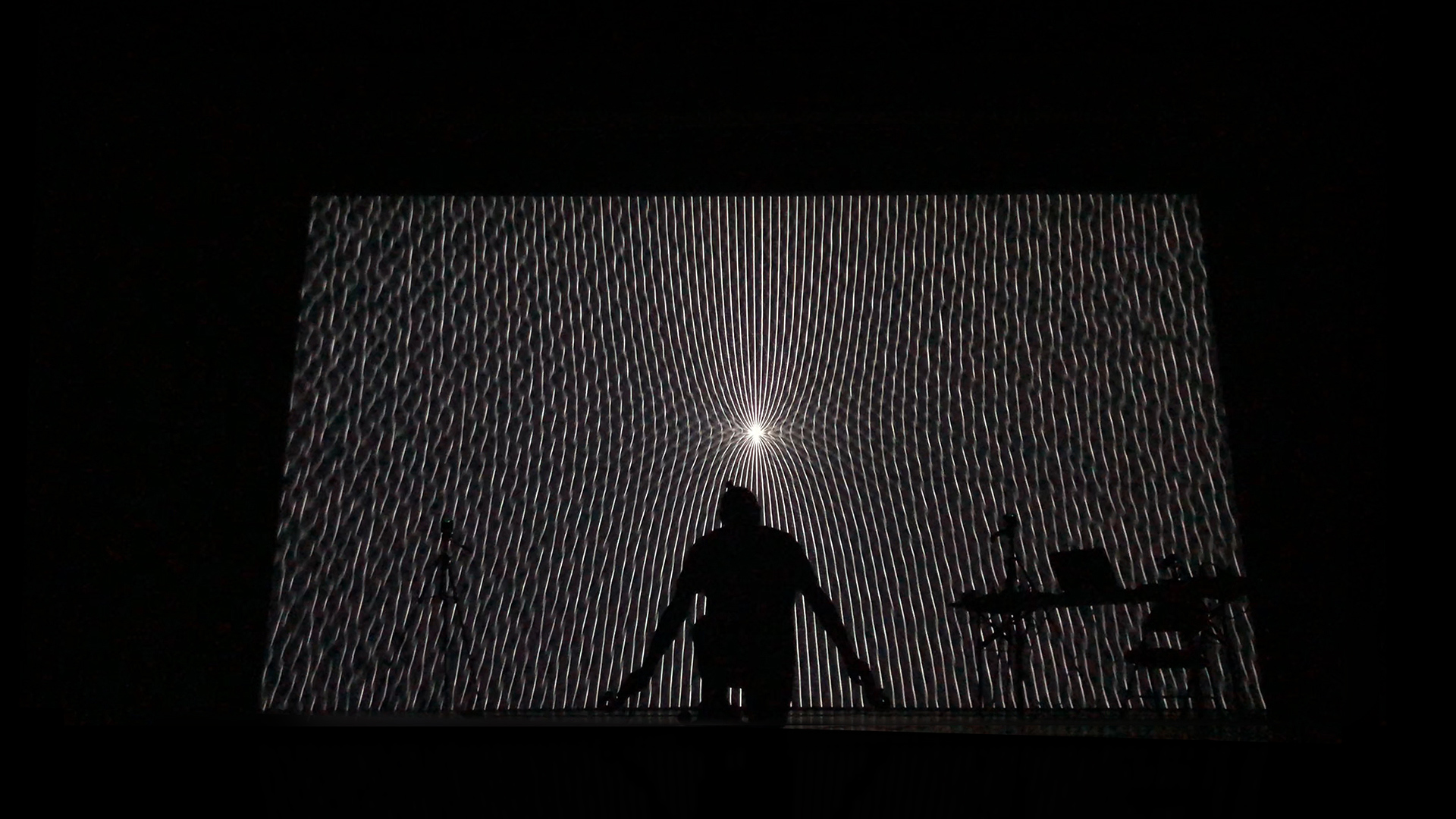 Sci-fi miners is an audio-visual exploration of the possibilities generated by the nanotechnological advances in the research of the replacement of critical materials, very rare on planet earth, by improved nanoparticle control. Those materials, critical metals, especially rare platinum group metals (PMGs), are essential and used for heterogeneous and electrochemical catalysis.

At the Critcat project, researchers are exploring new ways to substitute those rare materials, in order to achieve optimal catalytic performance with earth-abundant materials.

I’m naming those researchers the sci-fi miners, once the extraction of those rare materials is currently made by the mining industry, in deep caves located in a small number of regions in the world, in very low concentrations, mainly in South Africa. And those brave researchers are exploring new ways to create materials with the same catalytic characteristics, but with nanotechnology and artificial intelligence.

Currently, many countries are deeply or even totally dependent on the mining industry to obtain these materials, relevant for fuel cells, storage of renewable energy, and for pollutant emissions control. For some strategic metals, the European Union is totally dependent on import. Nowadays we can obtain a few grams of platinum per ton of rock, and the extraction process is very expensive and long. Urgency is the word I find for this research.

In the course of my STARTS residency I’m working mainly at INL (International Iberian Nanotechnology Laboratory), Aalto University, and with other Critcat project partners, exploring the projects’ data generated nanoparticle parameters such as size, shape, surface structure, and computational simulations, to create audio-visual experiences, in virtual environments, intending to let the public know how significant this research is for humankind and for the sustainability of our planet. 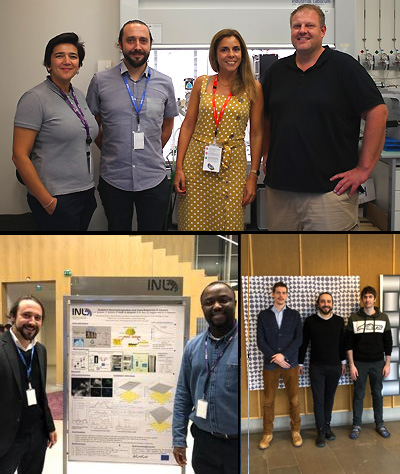 Pictures: with the of Researchers from INL,
Aalto University and Nanolayers

Video description: “There“: facing PtNPs nanoparticles at a scale below 200 nanometers. Particle scale, shape, agglomeration, and distance are real, once the environment was previously observed and acquired with a transmission electron microscope, at INL facilities (International Iberian Nanotechnology Laboratory), in January 2019. The sound was generated by the observations’ computational parameters and inspired by the instruments at the Lab. Experience conducted in total immersion.

Picture: Sci-Fi Miners – Nanocluster, generated by IA, visualized.
Work in progress. Visual software created by João Martinho Moura, after visiting Aalto University and the SIN Group (Surfaces and Interfaces at the Nanoscale), in the course of the residency. Mathematical attractions around nanoclusters.
March 2019. 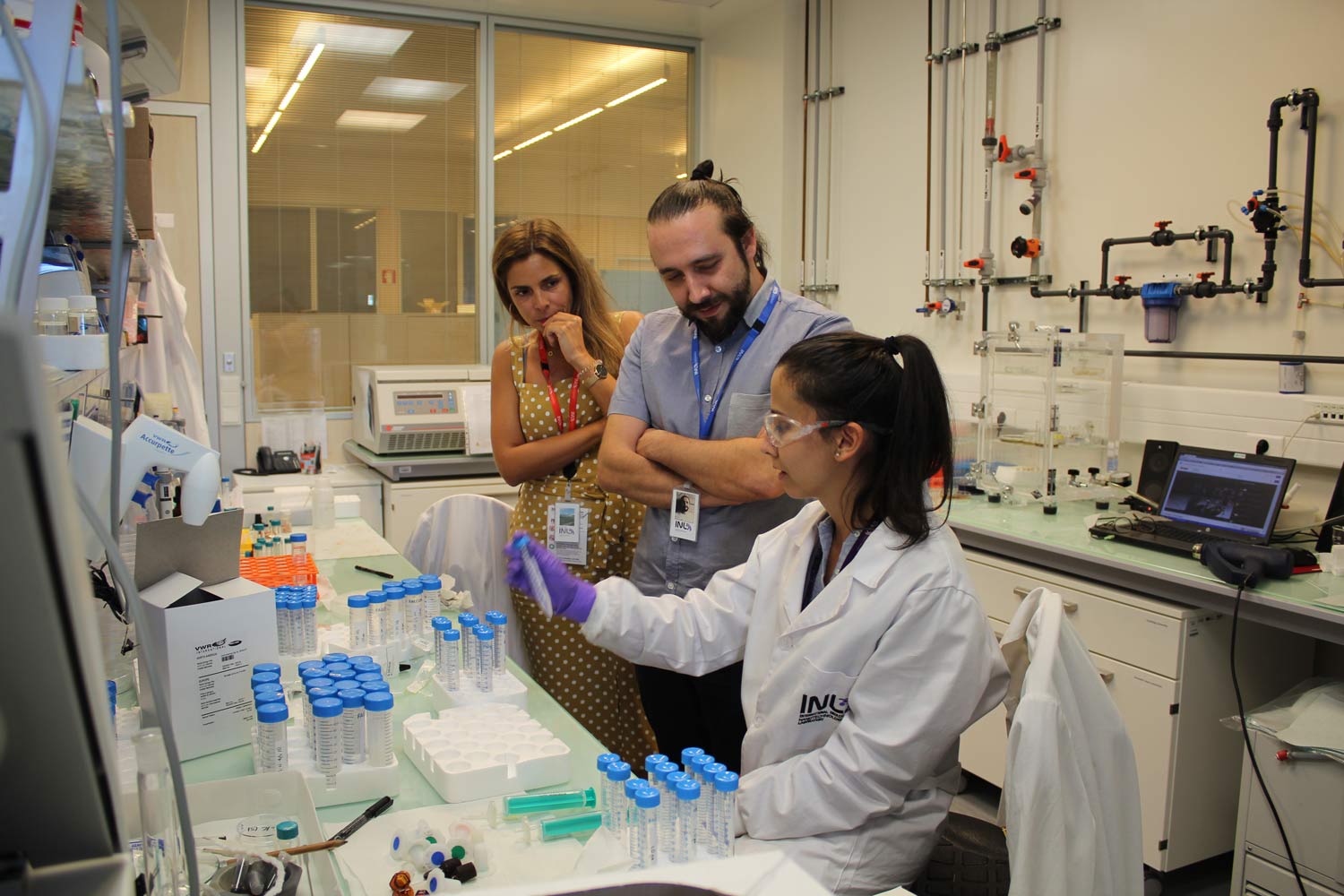 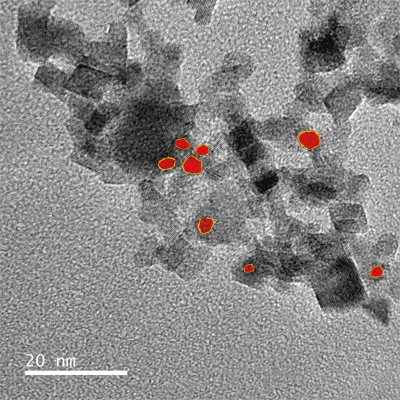 The artwork will be presented in two different schemes: participatory and performative. In both cases vision, audio and interaction will play the main role. When in participatory form, suitable for exhibition spaces, participants will interact with the artwork through gestures, observation, and audition, with immersive and virtual reality technologies. When in the performative version, the author will present the same artwork, at a stage, with a real-time narrative in mind.

My work is taking place in 2 Research Institutions: INL and Aalto University.

The major part of these developments will occur at INL facilities, in Portugal, to interact with Nanotechnology and accessing advanced microscopy equipment (TEM – Transmission Electron Microscope, and SEM – Scanning Electron Microscope).

Another part will occur at Aalto University, in Finland, to explore the way researchers are working with Artificial Intelligence in the project.

The platinum group metals (PGMs) are noble and precious elements, which include platinum, palladium, ruthenium, iridium, osmium, and rhodium, all of them important in modern manufacturing and in the ICT industry in particular, including the growing concerns about energy consumption by computer systems. The availability of PGMs is considered highly critical for the EU, since PGMs are clearly in the high-risk supply regions, such as China and Russia. CritCat is a theory-driven project, which aims at developing new catalyst nanoparticles from Earth-abundant materials for hydrogen-based clean energy applications. CritCat’s interdisciplinary process combines theoretical and experimental activities and highlights the importance of computational modeling in materials discovery. By incorporating the latest materials science know-how with computational simulations based on the laws of quantum mechanics, machine learning algorithms, as well as artificial neural network, the team aims at developing a modeling platform, which enables efficient prediction of potential catalysts. 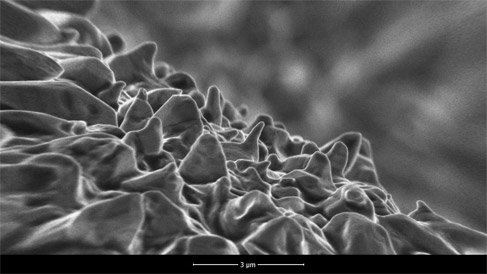 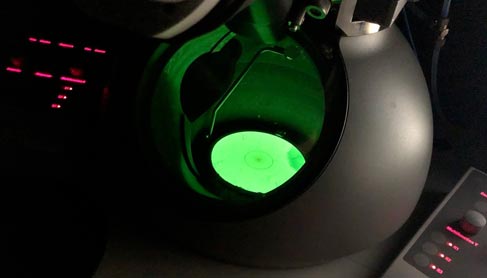 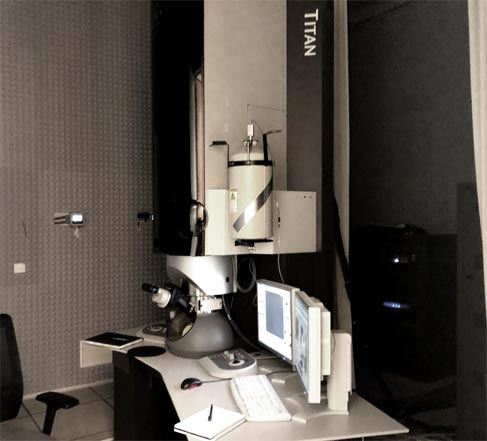 Picture: the TITAN (TEM Transmission Electron Microscope,
one on the most advanced instrument in the world,
located at INL facilities, in Braga)

What is the world’s scarcest material?
2014. Rachel Nuwer, BBC
https://goo.gl/eD7k7U

João Martinho Moura has presented his work and research in a variety of conferences related to the arts and technology. He has collaborated with the development of projects related to scientific data visualization for ESA (European Space Agency) space missions. From 2015 to 2017 he was an active member, as media artist consultant and contributor, for the application of the city of Braga to the UNESCO Creative Cities Network – Braga Media Arts. The title of ‘UNESCO Creative City of Media Arts’ was attributed to the city of Braga on the 31st of October 2017.

In 2013 João Martinho Moura received, in Lisbon, the National Multimedia Award – Art & Culture, for his contributions in the field of art and technology in Portugal.

Picture: Sci-Fi Miners: an image of the artwork (immersed perspective)